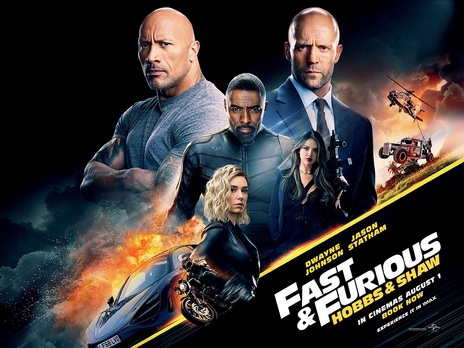 Mismatched agents team up to prevent a bio-engineered villain from stealing a deadly toxin. Dumb-but-fun-but-dumb again action-comedy sidequel to the later Fast/Furious flicks. Jolly bickering and star cameos help, but the film too-quickly becomes wearying in its CG excesses when it should be at least physics-aware.