A detective investigates a missing film star, leading him to enquire into a house’s tragic history. Brisk Amicus anthology horror based on Robert Bloch short stories (with one standout yarn) – four twisty tales plus a wraparound story – delivering value for money and some genre-friendly faces.

An unassuming tailor finds himself caught in a war between rival mobsters. Deliberately stagey crime drama seemingly based on the pun in the title, with the kinds of twists one might expect: anchored by an immaculate Mark Rylance performance. Not especially filmic, but enjoyable on its own terms.

A disaffected software engineer rebels against his employer. Generally focused office comedy, good on the minutiae of cubicle life and on the personality types found in any large organisation. Almost a documentary in places, plus strength in depth in casting and performances. Recommended. 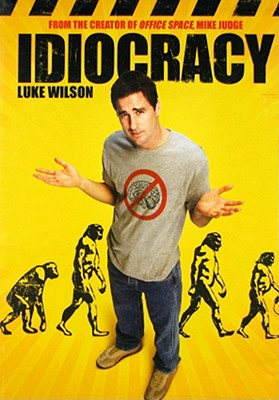 An average soldier wakes from cryosleep to find himself the cleverest man in 26th-century America. Shambolic but consistently funny satire, held together by an intrusive voiceover and weakened a little for sometimes mistaking sneering at the working class for satirising commercialised stupidity.

A now-disaffected Giselle and family have to work together when a magical accident means Andalasia overlaps with upstate New York. Patchy, padded belated sequel stuffed with duff songs and no real reason to exist. Maya Rudolph has fun as a baddie this time out, and that’s about it.

A misanthropic stage psychic is the victim of a home invasion. Grubby little comedy-thriller with a focus on making Les Dennis as authentically unlikable as possible. Some good lines sneak through, there’s an okay end-of-the-pier vibe to it, and a genuinely WTF ending that makes this a passable one-time watch.

Four old friends play a mysterious drinking game: matters soon get out of hand. Fun little riff on Zathura / Jumanji with a little escape room stuff thrown in. At its strongest when focused on the game itself (its weakest in engineering soapy issues to be addressed), but there’s talent and some confidence on display here.

A young stepmother-to-be is isolated one Christmas with her partner’s children. Well-sustained psychological horror, strong on atmosphere. Kinda goes where you’d expect, and there’s some clunky exposition initially, but gets credit for pushing its core idea to an agreeably nasty limit.

An accordion-playing musical parodist finds that fame has its price. A solid comedy made with affection, effectively satirising the pop biopic genre while both lauding and appreciating the specific pleasures associated with its subject. Strength in depth in cameos too, plus some niche gags along the way.