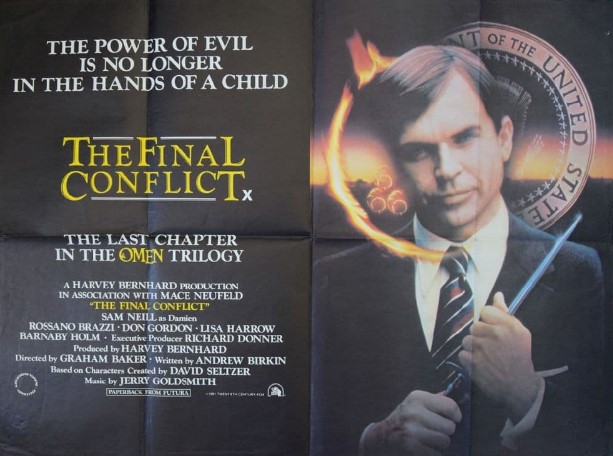 The now-adult Thorn is targeted for assassination. Muted conclusion to the trilogy (a reboot for TV was later attempted), with lots of pulpy elements (a massacre of the innocents, a monk hit-squad, the second coming) not really coming together. Some sly moments, though, and it’s well shot.