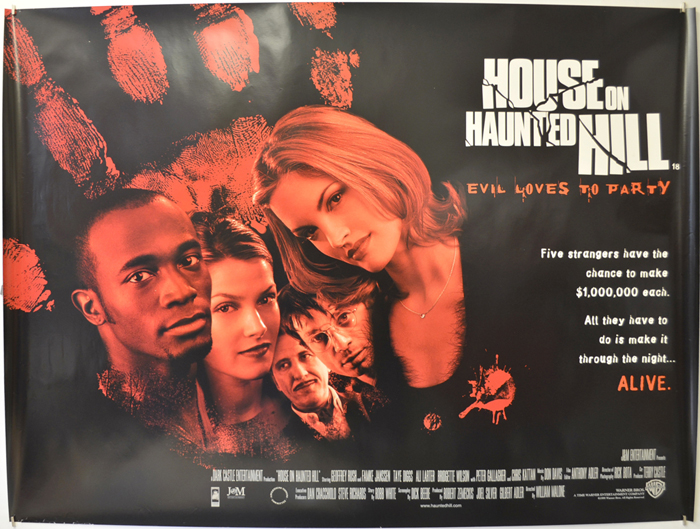 A theme park owner hosts a birthday party in a supposedly-haunted ex-asylum. Remake of the Vincent Price flick. More a premise than a movie, though there’s some fun to be had before it kinda falls apart, not least in Geoffrey Rush and Famke Janssen out-camping each other, and in some neat FX touches. A DTV sequel followed.