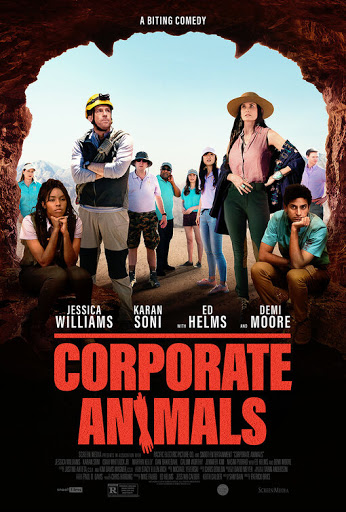 A team-building weekend goes awry when colleagues are trapped in a cave. Poor entry in the office politics horror-comedy sub-genre, with a decent cast struggling with under-powered scripting, direction, and lighting choices. There’s nice Gary Sinise and Britney Spears running gags, but that’s about it.