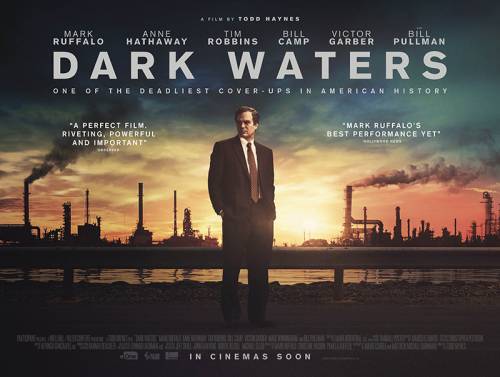 A lawyer investigates an environmental conspiracy linked to chemical company Dupont. Based on a true story, this sober drama is deliberate and effective. Oddly, the weak link is producer/star Ruffalo, who’s simply 20 years too old to be playing the lead, despite his sterling efforts. A sturdy cast of character actors helps things along.