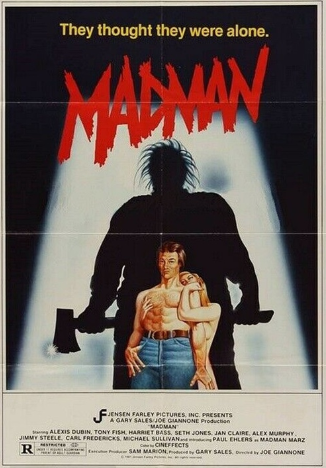 Camp counsellors in upstate New York invoke an urban legend: an axe-wielding maniac who killed his family, and who’ll come for anyone who calls his name. Riffing on the same source material as The Burning and others, Madman is a perfunctory entry in the slasher subgenre, though with a couple of interesting visual moments, and an odd downbeat ending.