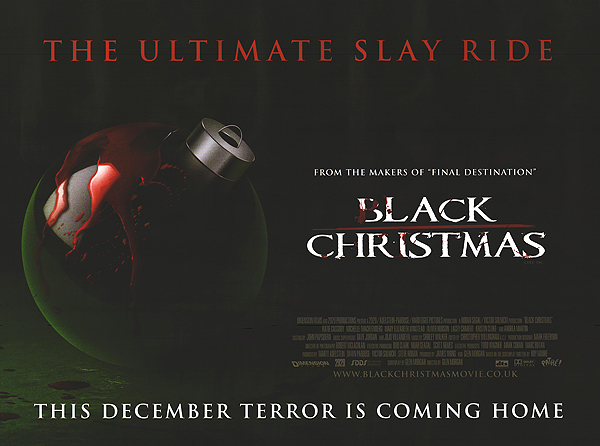 One Christmas, an escaped killer returns to his home, now a sorority house. This first (loose) remake of the 1974 genre outlier is somewhat confusingly-organised and doesn’t hit the same gleeful stride as the same team’s Final Destination movies, but at least commits with some confident direction, gore, and a couple of weird moments.