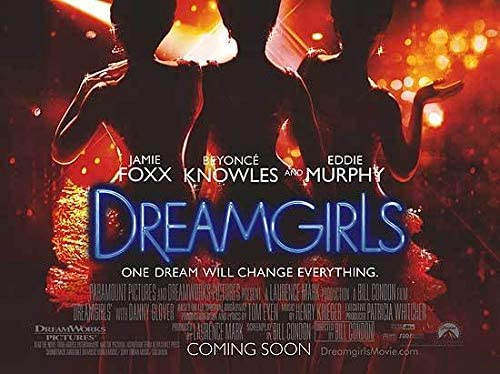 An unscrupulous manager manipulates the careers of multiple music performers throughout the 60s and 70s. Awkward facsimile of the musical biopic subgenre adapted from a stage show. Some of it works (Eddie Murphy is great as a James Brown-ish blowhard) but too much is sketchy by-the-numbers genre pastiche material that doesn’t even have the benefit of actual period songs.