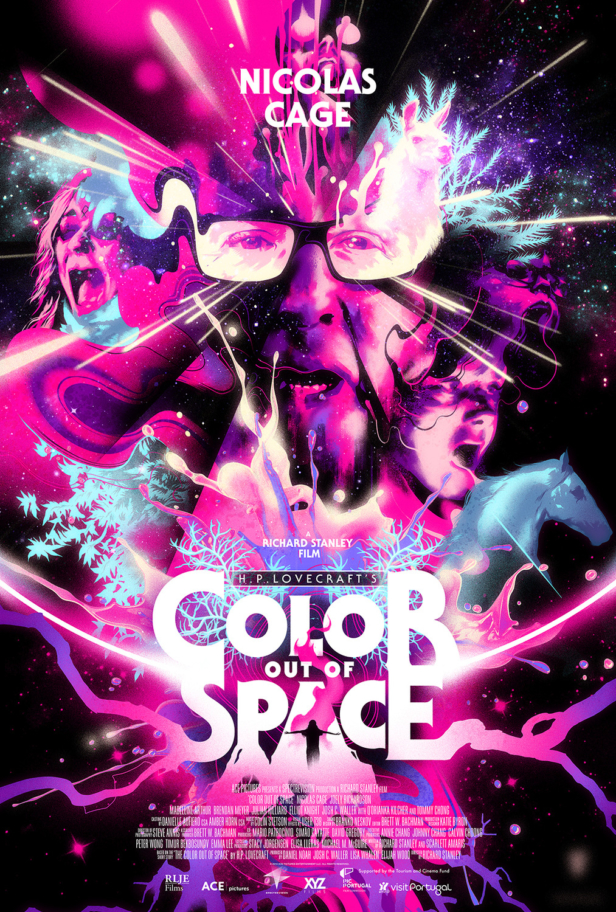 A meteorite causes hallucinations and mutations to spread across a New England farm. Well-made adaptation of the HP Lovecraft short story. A slow burn that earns its weirdness well, accumulating details carefully, and playing properly with madness. Played commendably straight, though with many subtle genre nods for horror fans.