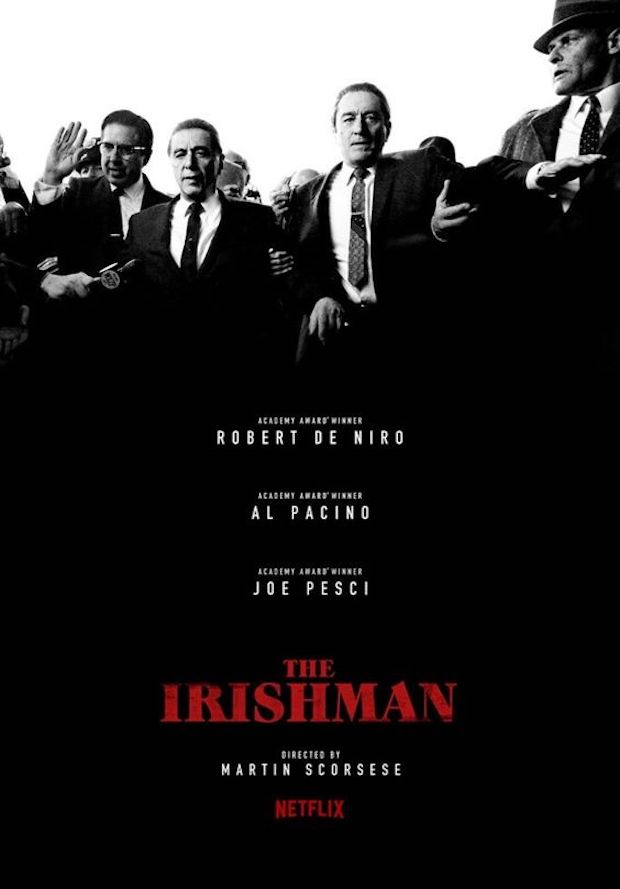 A now-aged mob hitman reflects. A stunning revisiting of themes preoccupying Scorsese throughout his career; gang life, organised crime, Catholic guilt. Sombre and melancholy, and Ellroy-like in its alt-history approach to the American 20th century. A technical, dramatic and stylistic marvel, with fine performances all around, none less than from Pesci, who’s revelatory here. Hugely recommended.