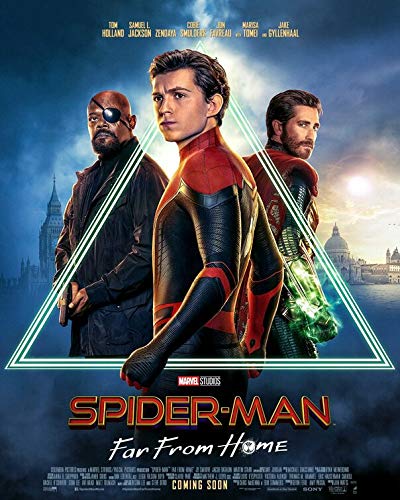 Peter Parker, on a European school trip with his classmates, comes into contact with both elemental monsters and a new superhero, Mysterio. Upbeat if overlong blend of teen road trip comedy and standard heroic action thrills, acting as a coda to Avengers: Endgame. Well-played and likeable, if episodic on several levels.