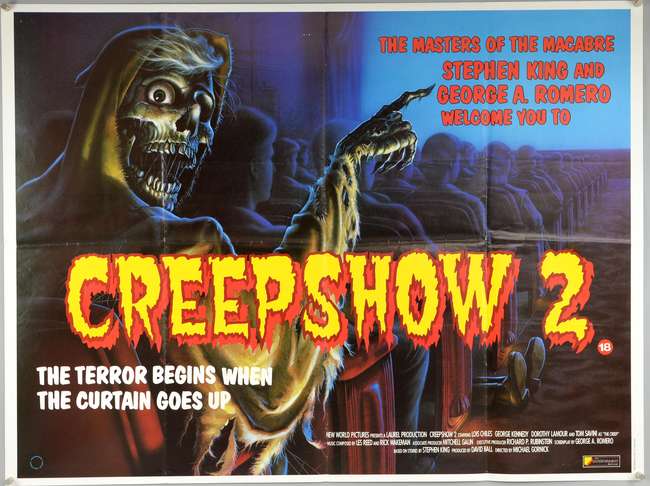 Three adaptations of Stephen King short stories: “Old Chief Woodenhead”, “The Raft” and “The Hitchhiker”. Cut-price anthology sequel that short-changes the viewer (there were five tales in Part 1), making up in rubbery gore for what the yarns lack in comedy and chills. A couple of oddly-effective moments, but that’s about it.