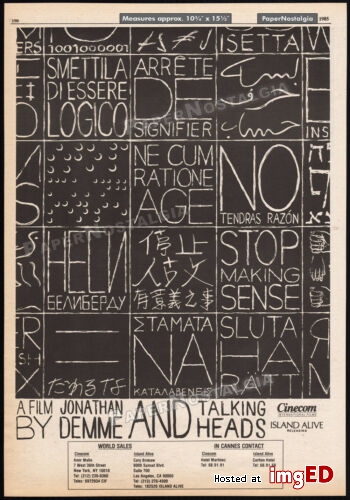 Filmed record of Talking Heads live, from the 1983 Speaking in Tongues tour. Shot over four nights, this is perhaps the greatest single concert movie; a project designed by people with cinematic, musical, theatrical and gig awareness. Recommended, even if you don’t care for the Heads‘ nerd-art-funk.