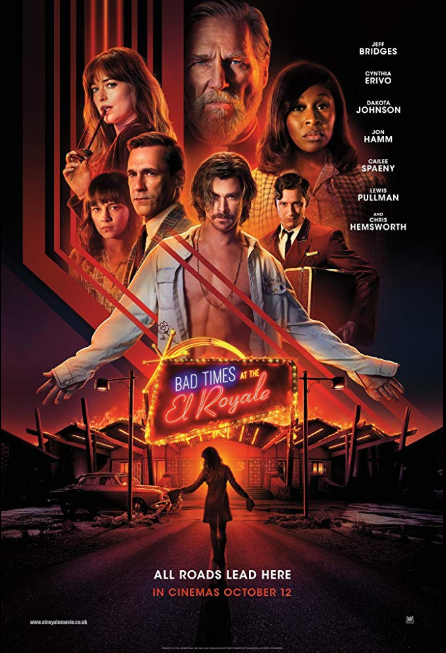 One night at a motel on the California/Nevada border, where no-one is who they appear to be. Twisty-turny self-conscious comedy-thriller; lots of fun if you go with it, though the movie’s stately pace may frustrate some.