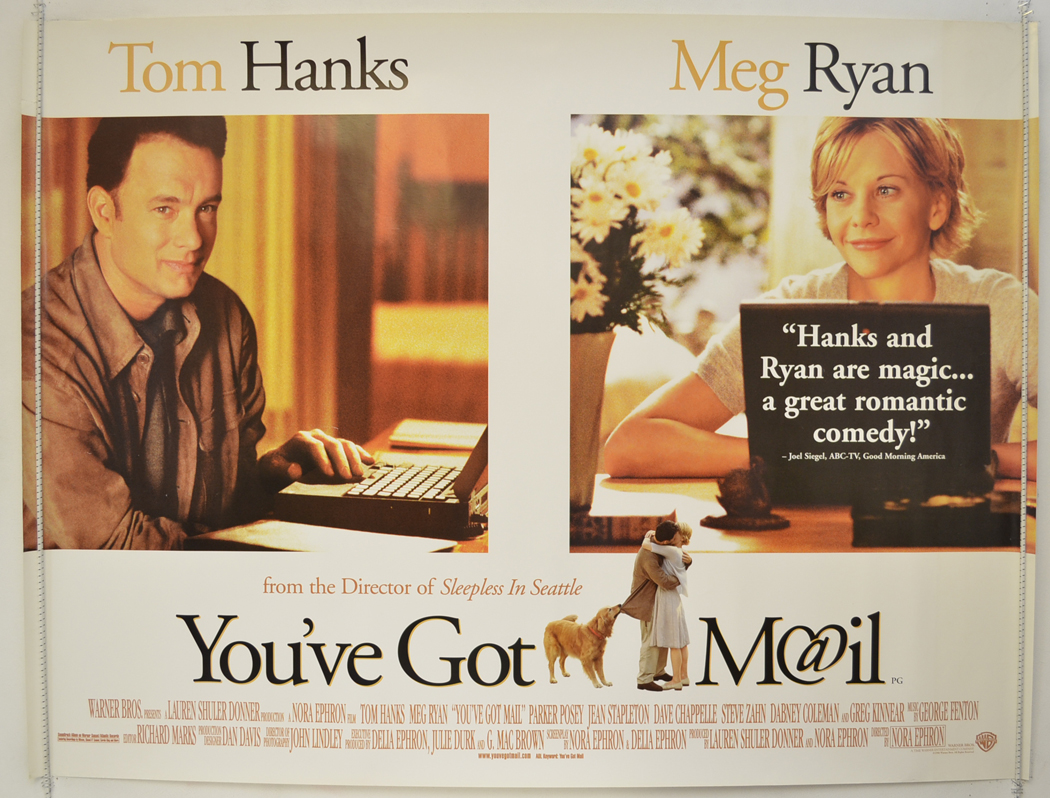 An independent bookshop owner and a corporate bookstore exec fall in love pseudonymously by email. Slick update of (among others) Lubitsch’s The Shop Around The Corner, though now a 90s period piece itself in respect of its tech, its fascination with bricks-and-mortar retail, and some of its assumptions.