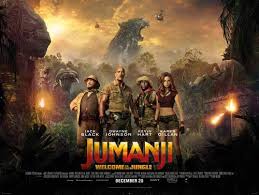 Four teens are transported into an old video game. Contrived but fun sequel to the 1996 movie, which gets a lot of comedy out of its avatar/body-swap shtick, though the actual story is as linear as the games it spoofs. eXistenZ for kids, almost.