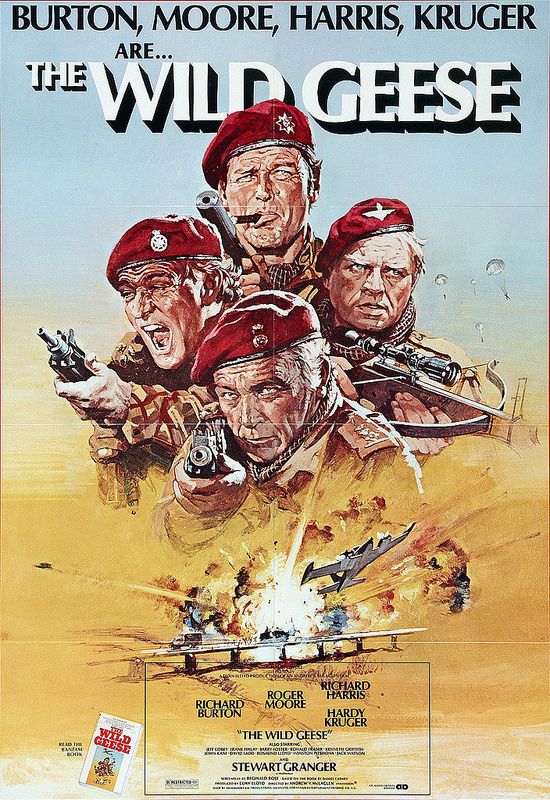 Middle-aged mercenaries attempt to rescue a politician being held hostage in central Africa. The Expendables of its day; a breezy though dated serio-comic actioner with an all-star cast and some familiar TV faces having a whale of a time playing soldiers.